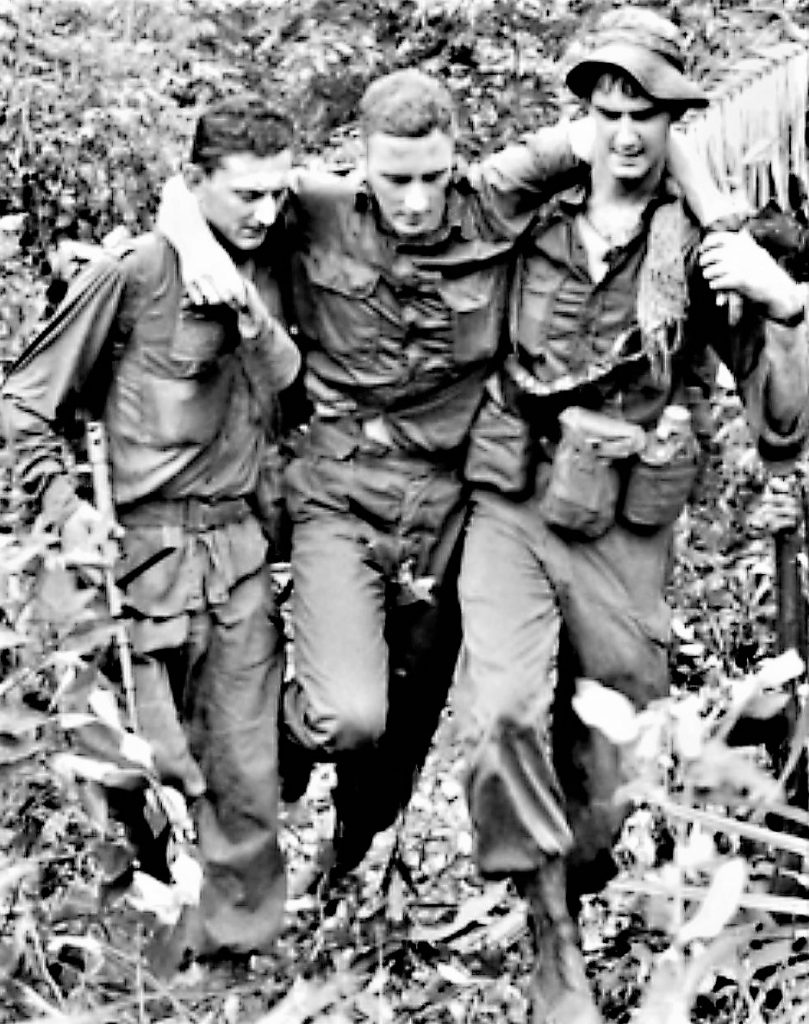 Australian soldiers helping a wounded mate in the Vietnam War in Phuoc Tuy Province in 1966.

An Australian soldier, who lost both his legs, being carried into Australia House in London in 1919 to obtain a position of vantage to view the Anzac Day March through the streets. 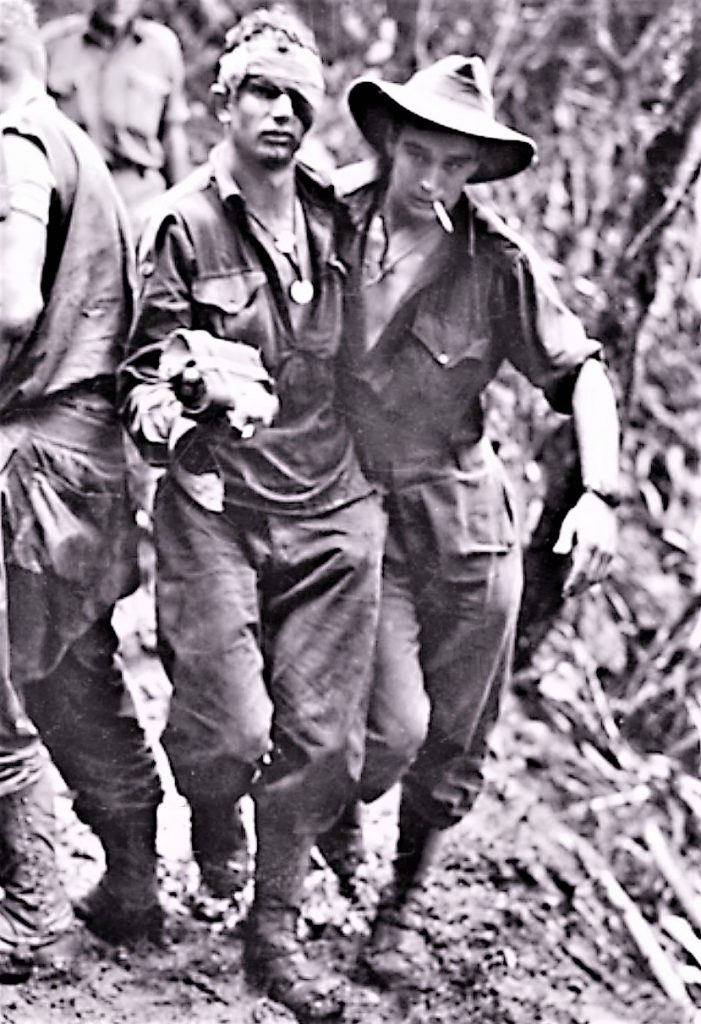 The Battle of the Pimple was part of the Markham and Ramu Valley. Finisterre Range campaign, and was fought by Australian and Japanese soldiers in Papua New Guinea in WW2 on the 27th and 28th of December 1943.

A wounded Australian is led towards medical attention. The wounded soldier, Corporal Merv Hall, later received the Distinguished Conduct Medal for his actions during the assault. 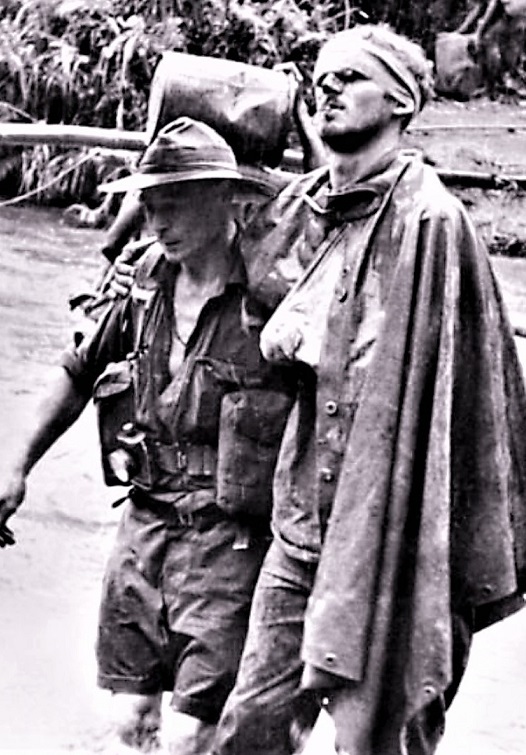 During the advance on Salamaua, in Papua New Guinea, Sergeant Gordon Ayre MM, a 58/59th Battalion bandsman from Shepparton, Victoria, in pouring rain assists a wounded mate, Private Wally Johnson, of the same unit, across Franscisco Creek to an advanced regimental aid post.

Johnson had been wounded by a Japanese grenade on the 13th of July 1943, during an attack.

Sergeant Ayre was awarded the military medal for his performance during this action.

The image came from the Australian War Memorial.  Image file number is AWM 127971. 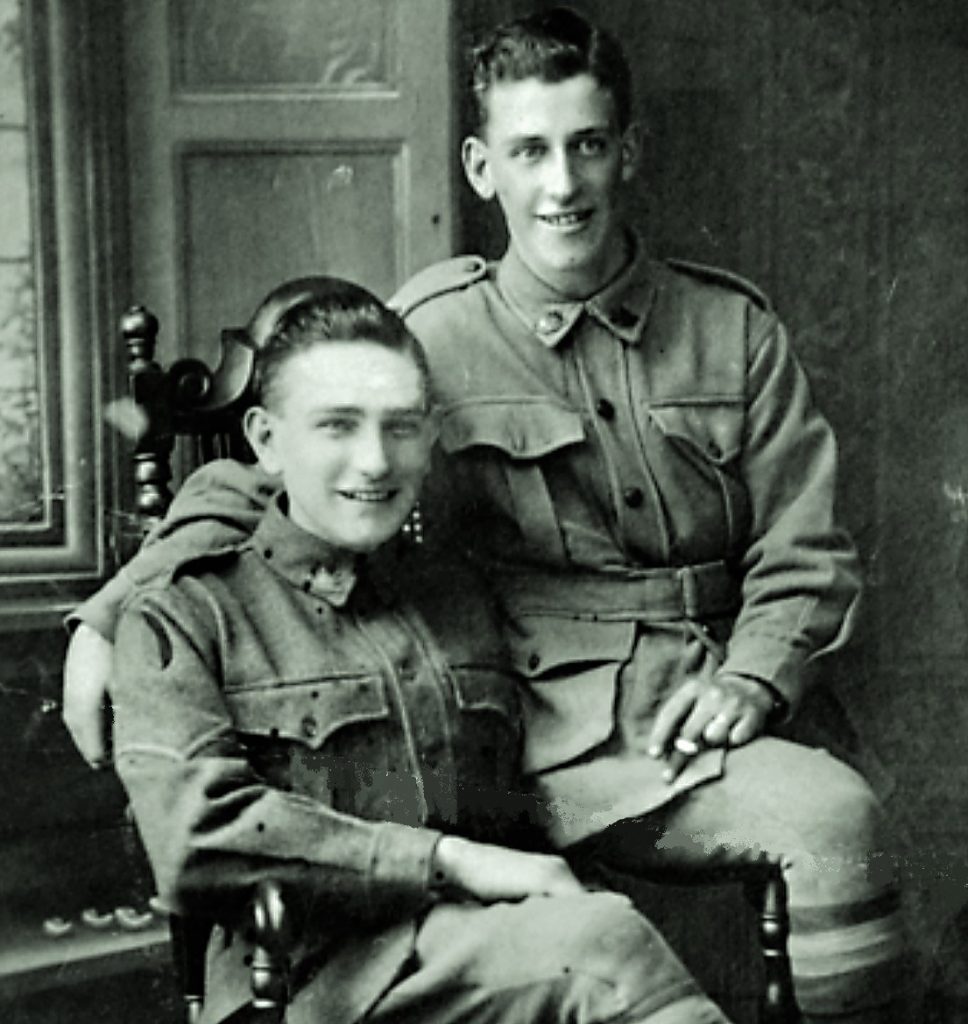 The photo is of Lance Corporal Claude Alexander Porter, 3rd Reinforcements, 20th Battalion, of Wellington, NSW (He is on the left) and an unidentified soldier. His unit operated on the Western Front for some time before moving to the area known as Hangard Wood near Villers-Bretonneux, where they established three posts in the front of the main front line.

On the 15th of April 1918, Lance Corporal Porter was sent on a patrol of the area during which he came upon a German officer and two men and succeeded in capturing them, although they escaped during a stiff fire fight which had begun. Porter returned to one of the three posts which had been established but was killed in action when all three posts were over run by the Germans.

Lance Corporal Porter is buried in the Military Cemetery at Villers-Bretonneux, France. 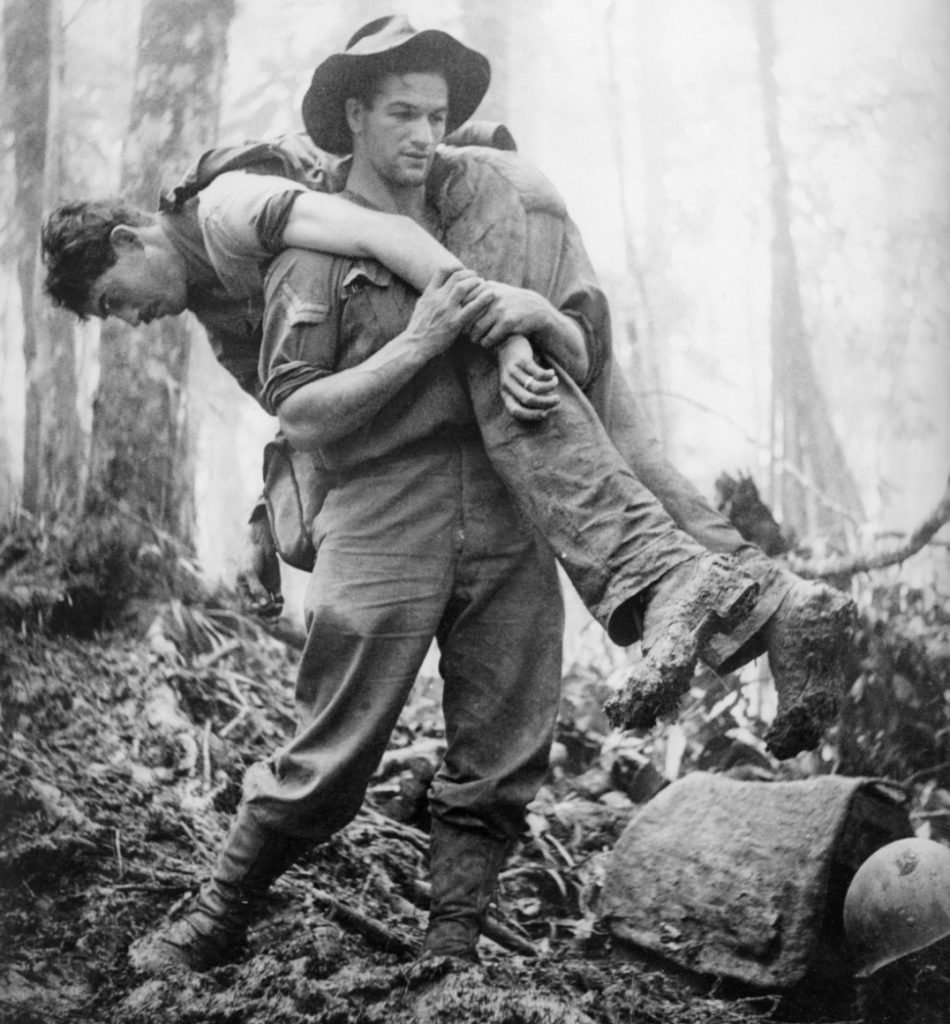 Very famous photograph taken on the 30th of July 1943, of Corporal Leslie (Bull) Allen MM, aged 26 of Ballarat, Victoria, carrying out a wounded American soldier down the slopes of Mount Tambu, New Guinea, during the Wau – Salamaua campaign. One of 12 he retrieved.

He was awarded the US Silver Star and had already received his Military Medal (MM) on the 7th of February 1943, at Crystal Creek, Wau. He was born in Ballarat in 1916 and died in Ballarat in 1982.

The 4th of July 2018, marked the 100th anniversary of the first time Australian and American troops fought side by side in an offensive action, at the Battle of Hamel on France’s Western Front.

Peter Barnes was born in Ballarat in 1953 and created a painting based on this photograph. 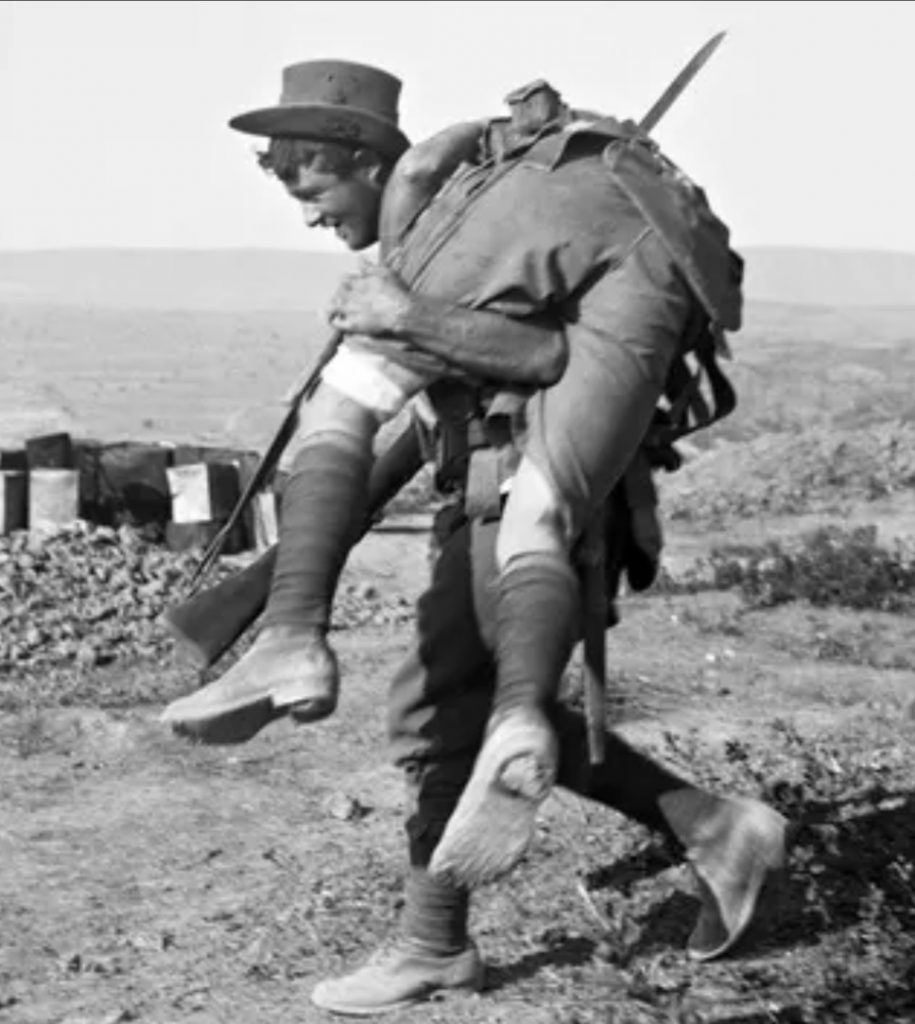 A digger carries a wounded comrade down to a dressing station near North Beach, Gallipoli, in 1915.

Peter Barnes created a painting based on this iconic photograph. 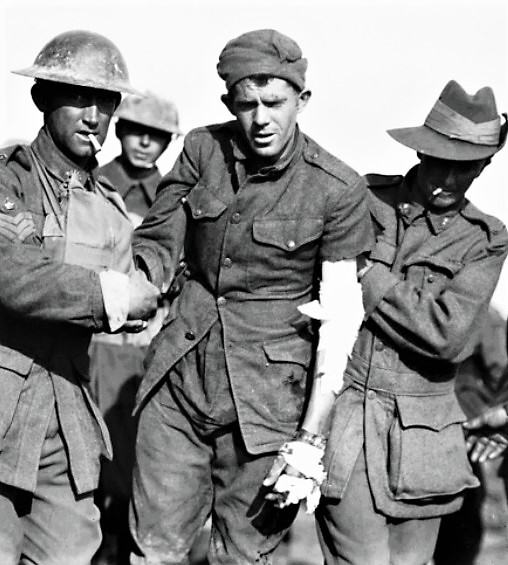 Australians assisting a wounded American near Ronssoy, in 1918.

Known to be in this photograph is Quartermaster Sergeant J. P. Miller, 38th Battalion.