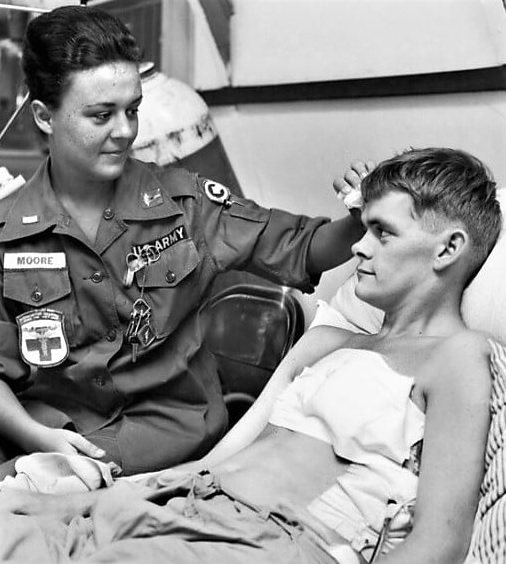 A most memorable photograph. America and Australia have looked out for each other over the years, through thick and thin.

The Battle of Long Tan, 18th of August. 1966, is the most recognised Australian battle of the Vietnam War. Australian casualties were 18 killed and 24 wounded. The date of the battle is the date of Vietnam Veterans Day in Australia. A recent movie has been made about the battle called ‘Danger Close’.

The photograph taken on the 26th of August, 1966, is of Private Jim ‘Jimmy’ Richmond, 11 Platoon, D Company, 6th Battalion, 6RAR, responding well, after receiving treatment in hospital from US Army Nurse Moore.

Private Richmond was shot twice in the chest during the Battle of Long Tan and spent the night at his section post after the battle, where he was found by two Australian soldiers and given first aid.