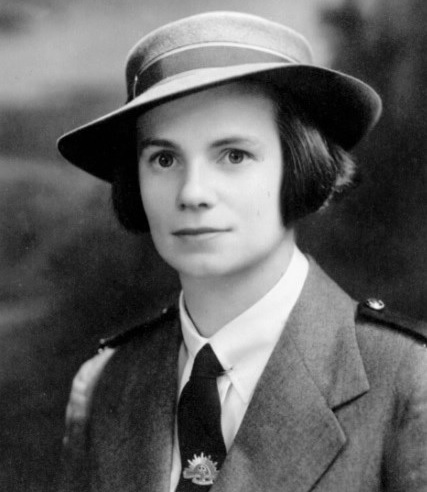 The face of an angel.

She was the daughter of Harry and Jane Balfour-Ogilvy, from Renmark, South Australia.

Elaine was killed in the Banka Island massacre in WW2.  She was among the last group of 65 Australian nurses to leave Singapore on the merchant vessel Vyner Brooke on the 12th of February, 1942.

The ship was sunk by Japanese aircraft in Banka Strait.

22 nurses came ashore on Banka Island and when they were discovered by the Japanese on the 16th of February, 1942, the nurses, including Elaine, were ordered to walk into the water and were shot by machine gun.

Sister Bullwinkel was the only nurse to survive the massacre and gave evidence of the massacre at a war crimes trial in Tokyo in 1947.

Research undertaken for the article ‘Australian Nurse Killed WW2’, was by Peter Barnes.  This story was previously posted on his Facebook Page.