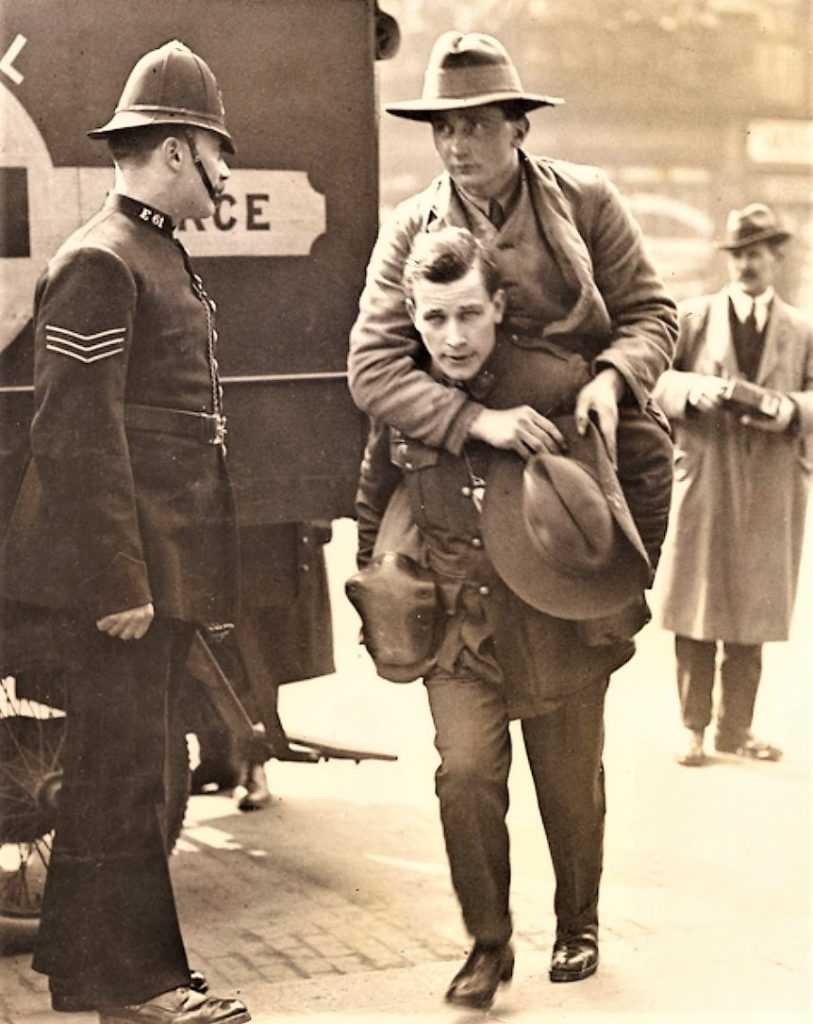 This particular photograph is truly one of the most incredible examples of mateship I have ever seen.

Mateship is a defining character within the Australian nation and its military. In the military, mateship meant everything.

Mateship is a concept that can be traced back to early colonial times in Australia.

The harsh environment in which convicts and new settlers found themselves meant that men and women closely relied on each other for all sorts of help. In Australia, a ‘mate’ is more than just a friend and is a term that implies a sense of shared experience, mutual respect and unconditional assistance.

The word mate bloomed during WW1, when many trenches were being built because of the machine gun. Many trenches were built which often stretched miles across war grounds. The words ‘digger’ and ‘mate’ gained the same meaning and became interchangeable

The painting below, is based on an iconic Gallipoli photograph of an Australian soldier carrying a wounded mate.

The painting titled ‘Mateship’, was painted in 2015 by Peter Barnes.

Mateship is a defining character within the Australian nation and its military.

The painting was created with acrylic paint on canvas and is not for sale.  It went to an Afghanistan War Veteran. 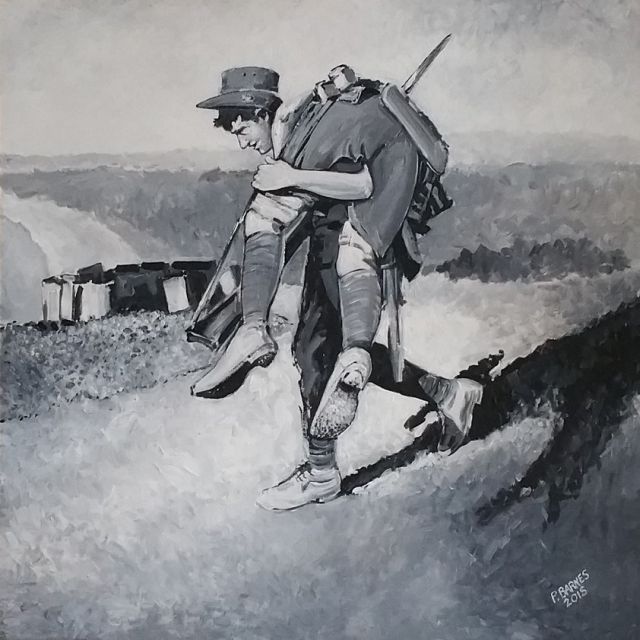