Australian Soldiers On A Wagon During WW1 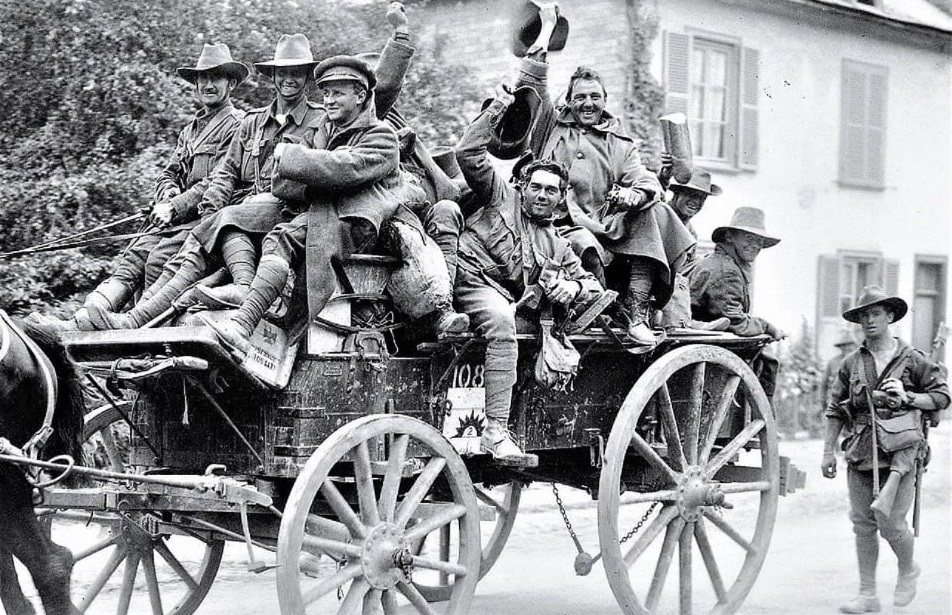 A great photograph taken in 1916, and one of my favourite.

Australian soldiers get a lift on an army wagon on returning from the trenches to a rest area. Lots of smiles all round.

The Second Division identification sign on the side of the wagon is a stylised rising sun with the numeral “2”.

The soldier sitting on the right of the drivers’ seat (with crossed arms) is Private Thomas Cockburn, 43rd Battalion and later 3rd Machine Gun Battalion.

The soldier at the back of the wagon holding aloft a loaf of bread is possibly Private Arthur C Kindred, 56th Battalion.

Peter Barnes created the video below of Australians in WW1.