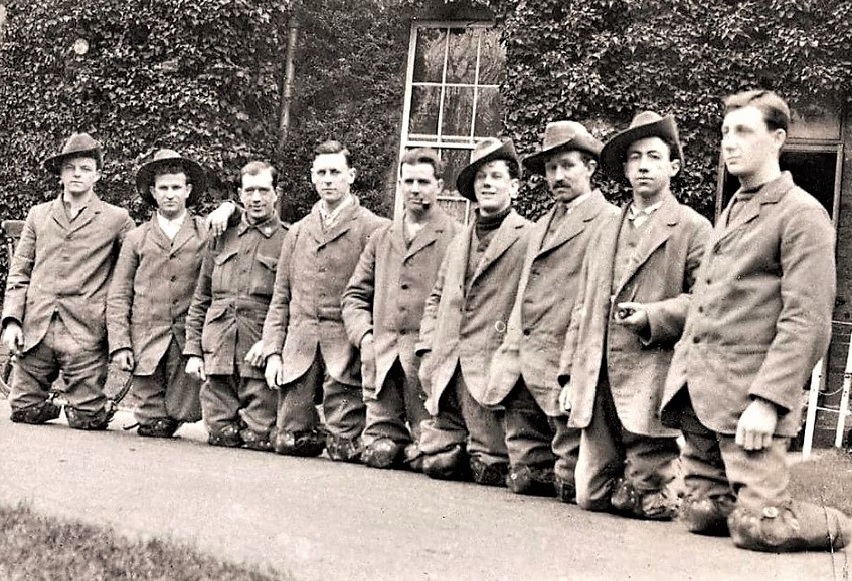 A very poignant photograph of nine Australian soldiers who lost both legs in WW1, outside the No.2 Australian Auxiliary Hospital in Southall in London at the end of the war.

The bond of mateship would have helped many soldiers get through shocking times.

I read an article that highlighted that WW1 army doctors were helpless in relieving the pain soldiers suffered who had lost limbs.

Because surgery had to be done quickly, most amputations were performed using a guillotine. This left nerves exposed, causing stump pain and a poor prosthetic fit and this hindered a soldier’s return to work and civilian life.

In WW1, the scale of the conflict and the weapons used resulted in incredible numbers of amputees. Of the of seven million British soldiers deployed during the war, 41,000 were surviving amputees.

Apparently, even today, as improvised explosive devices (IEDs) have made the loss of limbs a not uncommon military casualty, prosthetic technology has improved greatly, but apparently, there is still a lack of effective pain treatments for pain felt in the phantom limb.