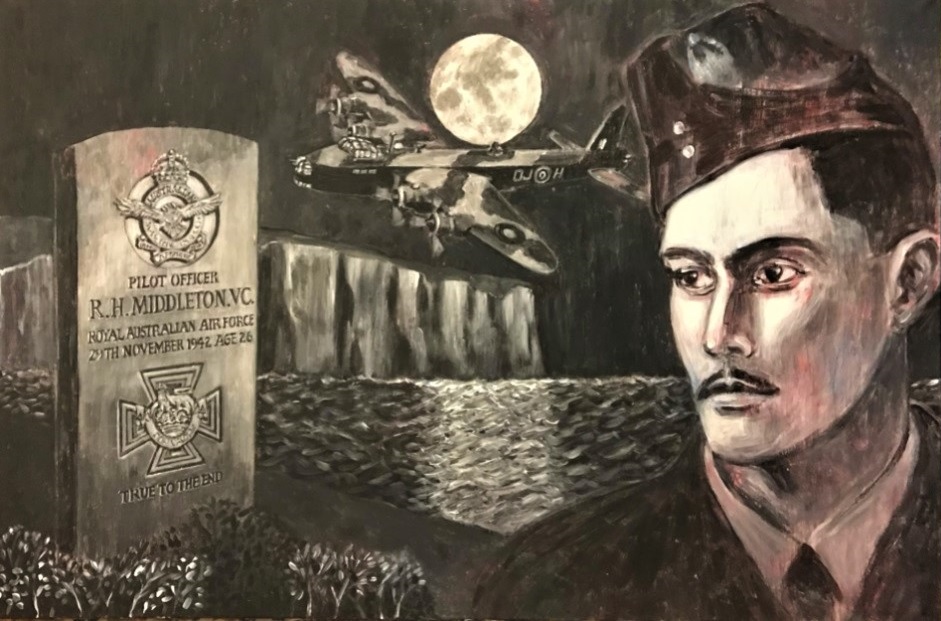 The painting of Pilot Officer Rawdon Middleton, VC, titled ‘True To The End’, is the only painting Peter Barnes has done that features an Australian killed in war.   It was also the most emotional to paint for him.

He had not intended to do this painting until he read Pilot Officer Middleton’s story of incredible bravery and sacrifice.  In fact, he had started painting two birds on this canvas, but changed to painting him, his gravestone and plane, as he was so struck by what he did to get his crew home.

A lot of research went into the painting, like finding the plane he flew and getting the perspective of his plane right, to have it dipping its wings as it flies past his grave.

On the 28th of November 1942, Pilot Officer Middleton was captain of Stirling BF372 detailed to bomb the Fiat aircraft works at Turin.  It was his 29th combat sortie, one short of the thirty required for completion of a ‘tour’ and mandatory rotation off combat operations.

Pilot Officer Middleton and his crew arrived above Turin after a difficult flight over the Alps, due to the low combat ceiling of the “bombed-up” and “fuelled-up” Stirling (due to its short stubby wings, designed to keep all up weight down, but of little use at high altitudes).

Over the target area Pilot Officer Middleton had to make three low-level passes in order to positively identify the target.  On the third, the aircraft was hit by heavy anti-aircraft fire which wounded both pilots and the wireless operator.

Pilot Officer Middleton suffered numerous grievous wounds, including shrapnel wounds to the arms, legs and body, having his right eye torn from its socket and his jaw shattered.  He passed out briefly, but regained consciousness in time to help recover control of his stricken bomber.

Pilot Officer Middleton was in great pain, was barely able to see, was losing blood from wounds all over his body, and could breathe only with difficulty.  He must have known that his own chances of survival were slim, but he nonetheless determined to fly his crippled aircraft home, and return his crew to safety.

During the return flight he frequently said over the intercom “I’ll make the English Coast. I’ll get you home”.

After four hours of agony and having been further damaged by flak over France, Pilot Officer Middleton reached the coast of England with five minutes of fuel reserves.  At this point he turned the aircraft parallel to the coast and ordered his crew to bail out.  Five of his crew did so and landed safely, but his front gunner and flight engineer remained with him to try to talk him into a forced landing on the coast, something he must have known would have risked extensive civilian casualties.

He steered the aircraft out over the sea, off Dymchurch, and ordered the last two crew to bail out.  They then too bailed out, but did not survive the night in the English Channel.  Pilot Officer Middleton stayed with the aircraft, which crashed into the Channel.  His body was washed ashore on the 1st of February, 1943.

‘True To The End’ is inscribed on his gravestone. 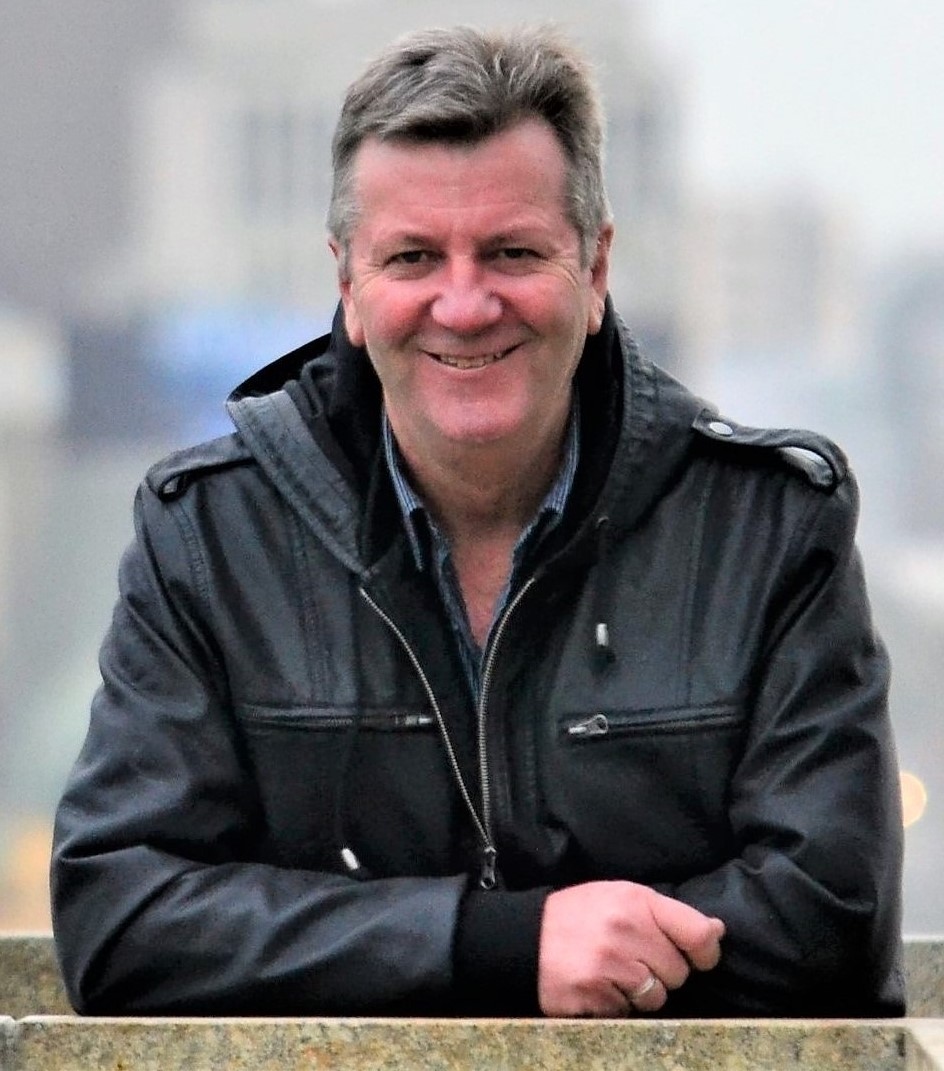