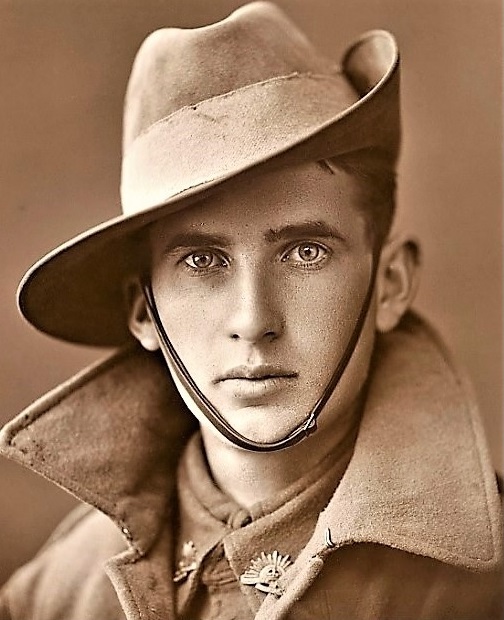 A striking photograph of an unidentified Australian soldier WW1.

Even though the photograph of this unidentified Australian soldier of WW1 was widely used in the 100th Anniversary of WW1 (Anzac Centenary 2014 – 2018), he still remains unidentified.

It is highly likely that the photograph was taken in Australia, sometime between 1915 and 1918, before the soldier embarked overseas.

Apparently, the Australian War Memorial has had a lot of responses from people but he still remains unidentified. Extraordinary really. Such a striking photograph.

The photo of the unidentified soldier was taken at Asti Studios, which operated a commercial photographic studio at 117 King Street in Sydney. The business commenced on the 20th of October 1911. The partners were Mr Friedewald and Mr Butler. They were in business until 1929.

If anyone thinks they know who this unidentified soldier is, it would be great to know.