Soldiers Graves With Their War Horses 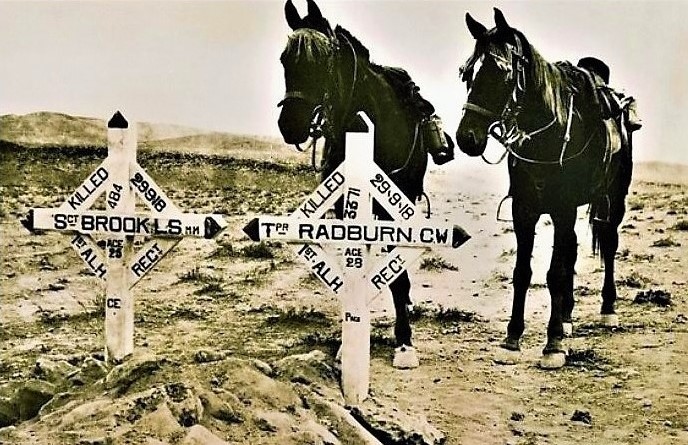 A most unforgettable photograph of horses standing behind Light Horsemen graves, captures the incredible bond between soldiers and their horses.

The loyal and courageous horses of two fallen Australian light horsemen standing behind their graves.

Both men were killed when they were ambushed by Turkish soldiers on the 29th of September 1918.

The Australian Light Horse holds a proud and revered place in the hearts and minds of Australians.

The Waler horses carried their men to victory during WW1 and were regarded as amongst the finest cavalry horses in the world.

The Australian light horse regiments were devastated to learn that their beloved horses would not be coming home with them at the end of the war.

Horses of the Desert Mounted Corps Memorial has these words… ‘They suffered wounds, thirst, hunger and weariness almost beyond endurance. But never failed. They did not come home. We will never forget them’.

The memorial is located on the South West external wall of the Royal Botanic Gardens Sydney.