During the Vietnam War, ‘tunnel rat’ became an unofficial specialty for volunteer combat engineers and infantrymen from Australia, New Zealand, and the United States, who cleared and destroyed enemy tunnel complexes. Typically, a tunnel rat was equipped with only a standard issue M1911 pistol or M1917 revolver, a bayonet, a flashlight, and explosives.

The photograph, taken on the 25th of June 1966, is of a torchlight search by Sapper Raymond Bellinger, of Melbourne, Victoria, as he crawls along a Viet Cong tunnel during Operation Enoggera.

Sapper Bellinger was one of a team of engineers who searched hundreds of yards of Viet Cong tunnels after the 6th Battalion, The Royal Australian Regiment (6RAR), had occupied a Communist village.

Besides enemy combatants, the tunnels themselves presented many potential dangers to tunnel rats. Sometimes they were poorly constructed and they would simply collapse.

Tunnel construction occasionally included anti-intruder features, such as U-bends that could be flooded quickly to trap and drown the tunnel rat. Sometimes poison gases were used.

In the years since the Vietnam War ended, tunnel rats have suffered from a high percentage of Agent Orange injuries and diseases, due to their exposure to the chemicals on the ground, or that leeched from topsoil into the tunnel environment. While in the tunnels, soldiers were breathing air heavily saturated with Agent Orange.

The painting below, titled ‘Dave’, was painted in 2015.  The painting was created with acrylic paint on canvas by Peter Barnes. 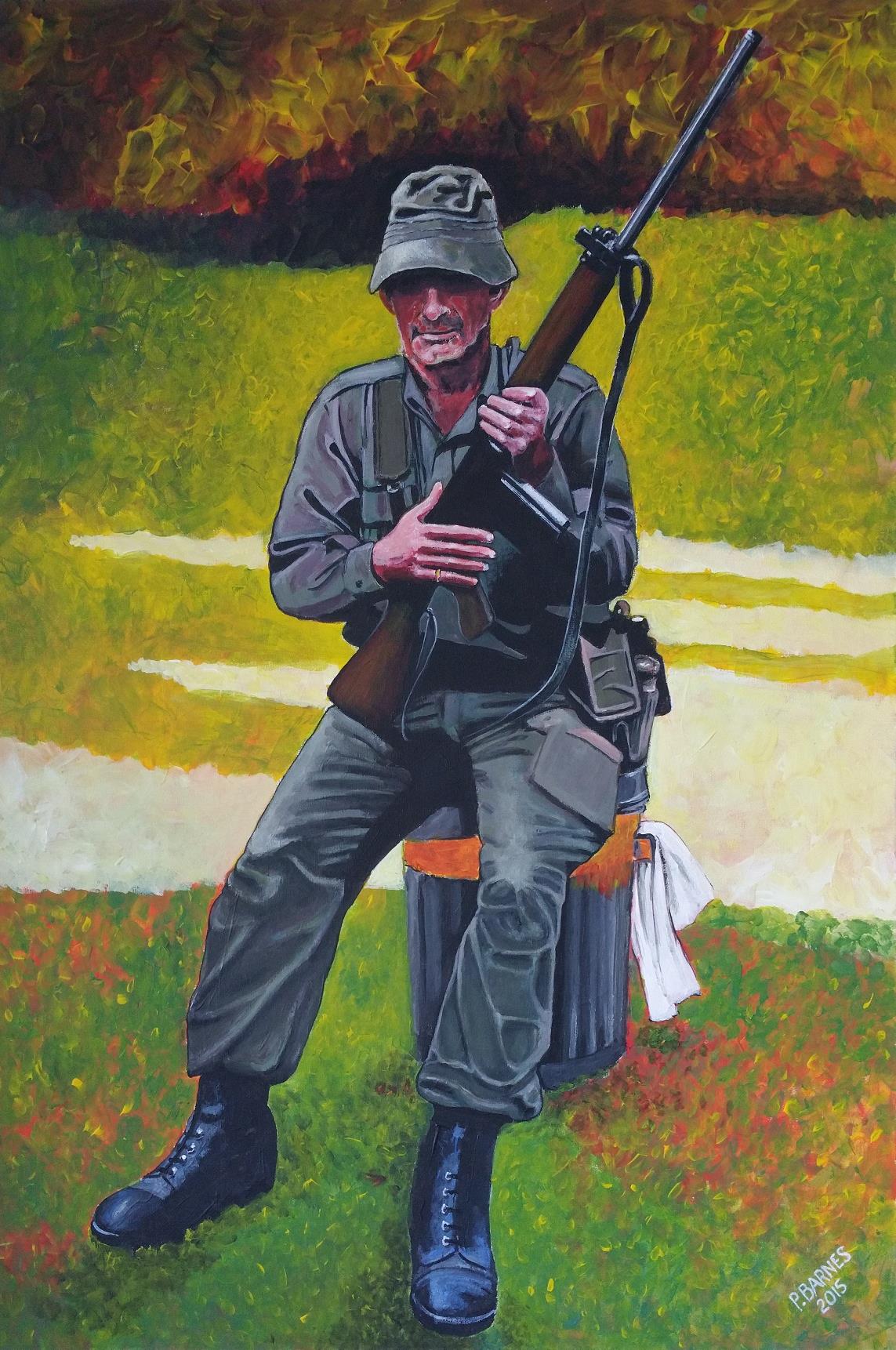